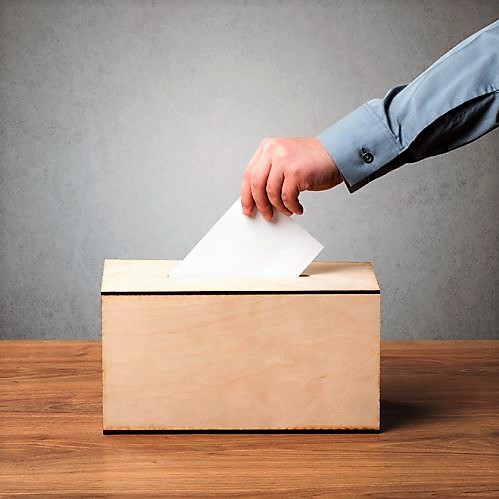 Ireland’s problem is our problem

Ireland has had another voluntary referendum on a social issue. The result is reported as a revolt against what Libby Purves in The Times called “centuries of clerical domination”.

The referendum result happened not in spite of long-time opposition from the official Catholic Church, but because of it. The Irish electorate has rejected a Church that has a false idea of its proper role in a free society. It is timely to ask: what is that proper role?

What the founders of Democracy had to say on the subject

In considering that question, we need immediately recognise that the founders of democratic life would have rejected the idea that religion is hostile to it. On the contrary they believed the Judeo-Christian idea that “each of us is created by a loving God” echoes the democratic proposition that we are all “created equal”. It is that equality which gives us all the equal right to choose who will govern us.

The founders also knew that the scriptures acknowledge a ‘law written on their hearts’, to which all of us, individually and collectively, believer or non-believer, bear witness. This meant we can all know “our civil rights” which, as Thomas Jefferson said, “have no dependence on our religious opinions, any more than our opinions in physics or geometry”.

They believed that mandating allegiance to any religion was offensive to the respect due to each human being as a thinking person. It was, thought Jefferson, “an unhallowed perversion of the means of salvation”, for it “corrupted the principles of that very religion it is meant to encourage, by bribing those who will externally profess and conform to it, with worldly honours and emoluments”.

They also concluded that as religious belief transcends society and government religious freedom was fundamental to the democratic experiment. George Washington expressed this in his famous letter to a Jewish congregation, “It is now no more that toleration is spoken of, as if it was by the indulgence of one class of people, that another enjoyed the exercise of their inherent natural rights.”

This view was also adopted in England as, “Full liberty to your neighbour to form his own opinions, and full liberty to yourself to denounce those opinions as heretical.” (Lord Penzance, House of Lords, 15 June 1869)

Democracy and religion in Australia

In Australia, these views became widely held, and resulted in section 116 of the Constitution preventing the Commonwealth from making any law “establishing any religion, or for imposing any religious observance, or for prohibiting the free exercise of any religion”, cementing freedom, not mere tolerance, into our national life.

The benefits of this religious freedom were seen as twofold.

Firstly, it enabled religious matters per se to become part of private thought and discourse. Common allegiance to democratic principle enabled all people to live in peace and friendship with others of any faith or none. This was consistent with the idea of “Christian freedom”, which replaced the false ideas that had fuelled the European religious wars. Faith was now properly seen as requiring genuine personal assent and conversion.

Secondly, the adherents of each religion would be free to become more pre-occupied with their faith, as freedom required them to stand on their own mettle, rather than depending on official backing.

It is the second benefit that the Irish have been unable to grasp, for that people were latecomers to the democratic experiment and had no Washington or Lincoln, or even like ourselves, a Barton or a Deakin, to train them in it. The Irish clergy saw themselves as the leaders of an oppressed people and sought worldly influence by using religious occasions to intervene in political matters. They became so infatuated with worldly influence and reward that when faced with sexual abuse of minors they preferred to cover it up in order to avoid embarrassment, rather than protect the children and their families.

The decline of free discussion

This mindset also produces people in public life who see personal and political advantage in being friendly with the clerics, forgetting the teaching of Augustine and Aquinas that, although we have ears to hear with, we are also given a mind to reason about public matters. When political challenges come these people hide behind the clerics and, lacking understanding of the principles of a free society, are useless and mostly surrender to any social pressure.

We have had a taste of this ourselves since the dreadful Melbourne Archbishop Daniel Mannix made himself the centre of attention in the conscription debates of a century ago. This has left us with a legacy of contest between religious and irreligious bigotry, which has generated heat not light, and sucked the political oxygen out of free discussion. The moderate centre who seek to engage each other on the principles ‘written on the human heart’ are excluded and the populace, as a whole, retreats into a private, non-political place.

A new way is needed

We need to rediscover the spirit of open, principled argument exemplified in the Lincoln–Douglas debates of 1850s America. A discussion on Lincoln’s insight into the knowable nature of humanity itself, versus Douglas’s “popular sovereignty”, now claimed by Purves and others as the “right to privacy and conscience”, is surely as important to today’s abortion debate as it was to the issue of slavery 160 years ago.

The way home for Ireland and ourselves is to return to the principles of human freedom. This would have the happy concomitant of a clergy committed to a profound interior life, instead of trying to be political “players”. Their churches might then be islands of peace for the formation of happy souls who can play their proper role in a free society.

Meanwhile, those of us who have no religion, or even despise religion, would never have to obey a religious precept, though there will be additional holidays and the burden of people saying “Merry Christmas.”

As fellow citizens all of us could then engage on issues like abortion, and ask what the principles of human freedom, democracy and equality require of us.