‘And what did your father say last week about gay sex?’ 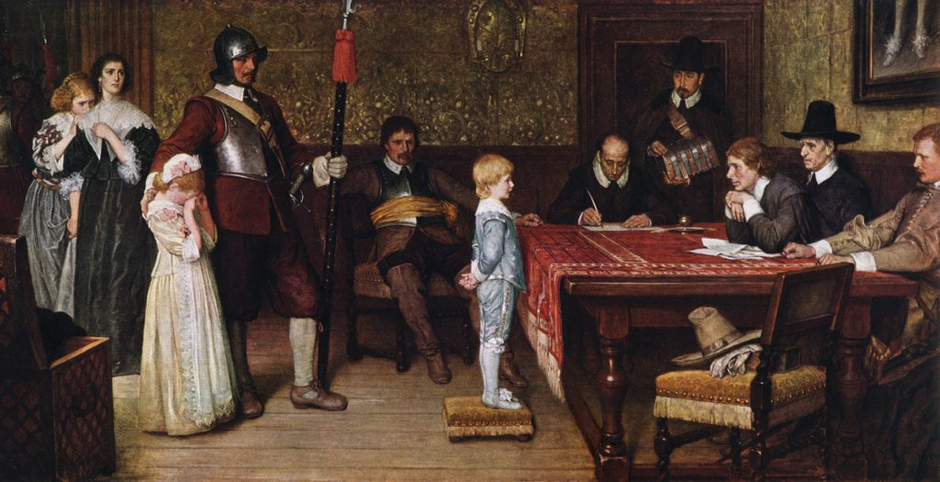 Same sex marriage and free speech in your own home

In the same sex marriage debate, religious leaders have been busy ‘looking after their own patch’, pleading for the freedom — if the law changes — to practice their faith, share it and maintain its integrity in their various institutions.

But what about the rights of the broader community who disagree but don’t cite religion?

Some ‘No’ campaign advertising suggests that same sex marriage will see new sex and relationships programs introduced in schools, from which parents will not have a choice to withdraw their children. But again, they miss the bigger issue.

The biggest threat is to the domestic privacy of everyone who dissents from the SSM agenda, with associated punitive measures.

This is clear from the very logic of the SSM campaign. Homosexual couples have been granted most of the status that married couples currently have; the ability to adopt children, the same superannuation arrangements, access to family law relief on relationship breakdown, and so forth.

All this is not enough, however. Nothing but a recognition that everything homosexual couples do is equivalent to that of a married couple — that what they do is good — will suffice.  They proclaim their cause as one of reason but their method is to reduce falsehood to loud plain chant, to refuse discussion and behave aggressively, to call those who seek discussion ‘bigots’ and promoters of ‘hate speech’, and to threaten those who oppose this proposition with personal or economic destruction. They have garnered the resources of the powerful who are happy to insist we do this and tell us we will not be able to use a telephone, fly in a plane or go to the bank without supporting their cause.

But the claim that homosexual relations are simply good, or as good as marital affection, is what most people will not grant. Nor will they be swayed to do so by false accusations, menaces of destruction, or even social pressure. Australians who have never had a bad thought about anyone, and merely want everyone left alone to live their lives, know that social peace doesn’t require this great big lie.

But if you are insisting on a lie, then you must use force to silence opposition. The difficulty for SSM advocates is that people currently have their right to domestic privacy and use their home to discuss all sorts of things, including the plain absurdity of same sex marriage. It is plain words that threaten the SSM agenda, and given their current behaviour can anyone doubt what will follow?

Consider a school student being taught in existing relationships education classes that marriage is now for all types of couples, including those with two men or two women. The class is told this is to be celebrated, because all relationships are equal, and the ‘biological’ details of these equal relationship options are therefore explained.

At dinner that night, Mum and Dad ask about the day at school and receive a reply that “we learned about marriage today, and how two men having sex is just as good as anything a man and a woman can do.”

The father says: “That’s not true. People can do what they like in their own home but that’s not as beautiful as what your mum and I have. Our happiness comes from our unity, which is a result of our basic biology. Men and women are meant for each other.”

The mother chimes in: “Homosexual activity is sexist. These men are telling us women that we’re not necessary, just optional.”

In the next relationships class the child states that: “My Mum and Dad said homosexual relations are sexist, and men and women are meant for each other.”

If the law now says that these relationships are equal, what will happen next? Will the child be disciplined or re-educated to disavow his/her parents on this? Will the school contact the parents about their ‘hate speech’? If they refuse to change their view, will the parents be investigated by some government body as unfit parents? Probably, because there is already a desire to harass and ruin people on this issue, and the existing machinery of the State will be harnessed to do so. There is, as well, a desire to create more. These people will not share the lament of the former President of the Australian Human Rights Commission Gillian Triggs: “Sadly you can say what you like around the kitchen table at home.’’

Investigation and harassment doesn’t require any new ‘Safe Schools’ programs, as relationship/sexuality classes are already in place. All that is needed for this parental nightmare is a change to the definition of marriage — for us to give in to the voices of unreason and aggression.

Some say that frivolous claims have been dismissed in these tribunals; a sign that the system is working. But as many have already found out, the process is the punishment, involving time, financial expense and damage to professional and family life.

Nor is the answer for the government to bestow exceptions on religious people. This is simply a question of the right to speak freely and frankly in your own home, and to have such an opinion more generally.

We need be reminded of the history lesson set out In William Yeames’ painting ‘And when did you last see your father?’, which depicts an inquisitor of England’s Roundhead era questioning the son of a Cavalier to obtain information about the boy’s father. The mother looks on, her face riven with anxiety. Will the child’s innocent and unconscious frankness lead to disastrous consequences for her husband?

Like every tyranny the Roundhead regime was no respecter of the privacy of family life, while in more recent times we have seen even more depraved examples of tyrannies which inculcated children to spy on their parents and report any discussion contrary to “political correctness”. This is where the logic of SSM takes us.

The Yes campaigners must answer these questions:

Will people forever have the right to even speak privately against same sex marriage if the law is changed?

Will ordinary mums and dads be able to say that not all sexual behaviour is equal?

Will they be allowed to say to their own children, without consequences, that homosexual relations are not good? Yes or No?

On form to date, this teaching will not be allowed. The ‘reasoning’ goes like this: “Your kid shouldn’t be able to impinge on my kid with an opinion that makes him feel bad. You shouldn’t be allowed to teach him/her that.” Because such opinions are deemed “harmful” the banning of them at school will inevitably lead to intrusion by the State upon the teaching of such opinions at home.

Yet in this 20-year debate, no one has ever argued against the right to speak publicly in favour of changing the marriage law. So, surely people must be able to advocate, especially in their own home, that the law should change back again? Why should SSM supporters, if they win, be able to assert that they are offended by what other people say, and everyone must either get over it and shut up, or proclaim that homosexual behaviour is a positive good?

The abolition of the right to privacy is also apparent in the proposed exemptions to be granted to religious organisations so they can maintain their so-called “right to be bigots”. This goes back to the idea of ‘religious toleration’ of pre-democratic times and is inconsistent with the democratic understanding of religious freedom.

The freedom given currently to religions with respect to employment law is an invalid comparison. These are not exemptions but freedoms also available to other voluntary associations such as political parties, social clubs and the like.

It is similarly important to realise the claimed comparison with the provisions of legislation such as the Sex Discrimination Act 1984 is also incorrect. Neither does that legislation provide for exemptions, but contains a teaching about how a democracy should treat the differences between men and women given their fundamental equality. That Act makes clear that where sexual difference is important or integral to an activity, it is no discrimination to so limit it.

Conventional religion has always held in common with civil society the idea of ‘natural marriage’, but with the added blessing of the Divine Author of nature itself. What is being asserted now is that such ‘natural marriage’ is unnatural, and to be ‘tolerated’ through the granting of different definitional criteria for religious celebrants. However, such exemption born of mere toleration will always be tenuous and variable, depending on public sentiment.

If democratic life is therefore just a tyranny of the majority, those exemptions may disappear, or be enlarged for other people claiming religion/beliefs to have other exemptions listed. All they will need is sufficient political numbers to allow female genital mutilation, child marriage or whatever else. It may take 10, 20 or 50 years, but come it will.

If we forget principle, if we don’t understand real human equality, we will bring suffering, including the end to domestic privacy, for whoever hasn’t the political power at a given time.

In the past, homosexual people were not afforded this right to privacy; a breach of their human equality. The reversing of this previous legislative discrimination against homosexuals has been obviously for the good. But it’s actually the current definition of marriage that creates equality in the right to privacy in the first place.

Its recognition by the law means that husband and wife’s need for privacy must also be acknowledged. They have other duties as citizens, but in their unity they are above the law. They are a self-governing democracy, in and of themselves: different, equal, united, inclusive of all — male and female.

Perhaps ironically for some, the protection of homosexual rights, the freedom to live one’s life without hassle or persecution, is actually achieved by the principles arising from the existing definition of marriage. A proper understanding of its democratic implications can protect everyone, including LGBTQ people, now and forever.

So, why all this illogical agitation and aggression, just when the legal framework is pretty well right for homosexual people? Why throw away the principle that has achieved those improvements?

Is it a desire to claim revenge for past injustice inflicted on other people in a previous era of history?

SSM supporters should reflect on what they have wrought. By denying an opportunity for reasonable discussion they assert that Australians have no principles in common and that democratic life is just a tribal clash to see who can gather a temporary majority and impose their will on everyone else.

However, people will resent the big lie about sexual practice and the loss of free speech. There could easily come a day when the numbers may turn. What then may happen to homosexual people? With the principle gone, will the State once again reach into their lives in an unwelcome manner?

They should be assured that people and organisations like Real Equality will still be defending (or arguing to re-establish) their right to domestic privacy.