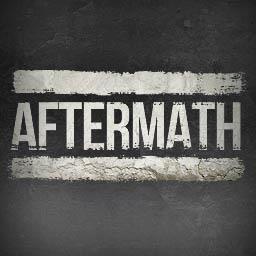 The definition of marriage has now been changed in Australia. The High Court determined in 2013 that marriage was able to be defined as anything, provided there was a political majority to do so. That majority has now been achieved and the law has changed.

But make no mistake. The previous definition was not about “traditional” marriage. Marriage has varied between civilisations since the dawn of time. “Traditions” have included: clubs, shotguns, dragging women by the hair, political and/or military alliances, commercial trading of women, forced marriage, and so on. The now superseded definition is the modern, democratic version, which was based on the principle of the wife’s “equality with the husband” (Hyde vs Hyde 1866); that is, the equality of men and women. It therefore espoused a principle of human equality against which our behaviour was judged. It was inclusive, democratic, unifying and complete. This fact was never discussed by either of the big players in the debate, and was therefore not a factor in the survey result.

This principle has now been replaced by an equality of sexual behaviour — that everything we do is equal. This is fake equality, a lie, but is now enshrined in law, in unsustainable competition with democratic life itself. Apparently, men and women are no longer made for each other. Instead, women have become optional, not necessary, except perhaps as sexless farms.

Now that the definition of marriage in our “democratic civilisation” has become hostage to the shifting sands of political opinion, Real Equality will be prosecuting the case to have the law changed back. It took 21 years of agitation to change the definition, but now it’s fair game. It might take time to achieve the required majority, but we’ll never stop arguing for real equality and real marriage.

There will be others who will push for even more radical changes, and we will oppose them.

In years to come there will be great difficulties for many with regard to freedom of belief, freedom of speech, employment, schooling etc. An invasion of people’s privacy by the state and others with power will attempt to excise “incorrect” ideas from circulation. We will resist this and always argue for people’s democratic rights, no matter who they are.

In time, people will grow to resent the big lie inherent in this new Act and the loss of democratic rights. There could easily come a day when the numbers may turn against homosexual people. With the principle gone, will the State once again reach into their lives in an unwelcome manner?

They should know that Real Equality will be defending (or arguing to re-establish) their right to domestic privacy and freedom of belief, not just from revenge-seeking conservatives, but from many current ‘Yes’ campaign pretenders who will simply switch once again to what they think is a winning ticket, in pursuit of fame, power, popularity, influence or money.

We will always espouse the principle of real human equality, iconically represented as “the union of a man and a woman, voluntarily entered into, exclusively and for life”.